I have mulled over this topic of – Medications OR Therapy – for quite some time now. However, there is invariably a question that comes to mind for a medical doctor who is trained in psychiatry. “Why do we even have to talk about this topic?” Nevertheless, I realize after being in the field of psychiatry for more than 10 years now, it is relevant to explain this in common man’s language. Consequently, this is because of the huge stigma that goes with the subject of mental health.

What are the differences?

Moreover, it is important to note the differences or similarities of Medications or Counseling in Mental health or as such General Health care. As such, Counseling is an art. Whereas, Medicine is as much of an art as it is about science. However, both are ways of approach towards a patient that involves speaking with, building rapport and empathizing with the patient’s condition.

Nevertheless, while counseling involves different approaches by way of talk therapy using the mind as the subject and the various processes of the mind such as behavior, intellect, memory, insight, understanding, etc,. In addition, a psychiatrist would use medications in combination with counseling or in isolation depending on the time constraints that the patient load would impose.

Depression and anxiety are two such mental health conditions.  Whereas, medications are helpful in the above conditions, counseling or psychotherapy is as effective. Moreover, this fact has been proven that the combination of therapy and medication is more effective than either one of them alone or in isolation.

However, some do argue that psychotherapy is pseudoscience.

Let us examine as to which ones are on the brink and which kinds of therapy are not useful at all.

Psychoanalysis, dream analysis, narco analysis, and childhood experience analysis are considered as having poor to no therapeutic evidence in the literature. So these are not effective treatments for any mental health condition. However, evidence for placebo or sugar pill being more effective or as effective as the above kinds of therapies exists.

However, these kinds of studies are very difficult to do. This is because each of these therapies are different in their own regard. They maybe even come across as different to different individuals. Therefore, each one can form their own opinions.

We characterize mental health by a sense of purpose or coherence in the widely chaotic world of medications or psychotherapies.

We need to structure either therapies to make sense of this chaos – give some method to the madness. Only expose to traumatic experiences can develop flexibility and resilience.  Therefore, exposure to stress or difficult situations only teach the human mind how to overcome these stresses or difficult situations. Currently, there is evidence that these ingrained experiences in our DNA are passed on to the next generation.  While we know that humans are because of our DNA; we also know – now – that the life experiences also contribute to the DNA.

Indeed, “epigenetics” is the name for this novel method of thinking. Therefore, although largely genetic, hardiness is also developed by exposure to stress and passed on to the next generation.  This would give new meaning to the phrase – “survival of the fittest.”

There is evidence for medications in large randomized controlled trials (RCTs) in the scientific research world. This is regarding the efficacy of many psychotropic medications i.e. the medications used in treating mental health conditions.

I also believe that there is a lot of usefulness of these medications routinely. I have used them with patients with mental health disorders for the many years. Evidently, I have practiced psychiatry here in INDIA as well as abroad. I was a resident trainee in couple of post graduate training programs in the United States.

In the past mental health was considered as a curse or as a social malaise. People were institutionalized in penitentiaries or asylums and sometimes even put to the guillotine.  However, this fact has rapidly changed with the onset of scientific evidence. The existence of benefits with the use of psycho-therapeutic medications is immense.

Finally, now we have concluded. Firstly, therapy – either talk therapy or medication therapy or a combination of both, is helpful in depression and anxiety. Now let us learn about a few medications used in depression.

When you get a prescription you should:

I also believe that acute psychiatric crises make use of medications to tide over them. They may be needed only for a short term in contradiction to the popular notion. Most people’s belief is that such medications for mental health conditions are used for a lifetime should be changed. Other misinformation is that they cause side effects and are “harmful” for the body.  This is NOT entirely true.

One should weigh the risks versus the benefits of the medications. Thus, one should only then ponder over the decision to take them or leave them. In addition, this is true with psychotherapy or talk therapy or counseling as well.  Finally, it may be best to consult your primary health caregiver for deciding what may be best for you. 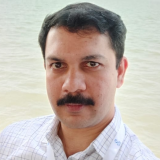 One reply on “Medications OR Therapy in Mental Health Care”

[…] Factoring in all these points, it becomes imperative to seek comprehensive professional psychiatric … The prodromal phase of schizophrenia presents with memory disturbances, vague anxiety and depressive symptoms, progressive social withdrawal, before the positive symptoms set in. This prodrome can last as long as 5 years before the onset of core psychotic symptoms, like delusions and hallucinations. […]